First win for India in Skopje 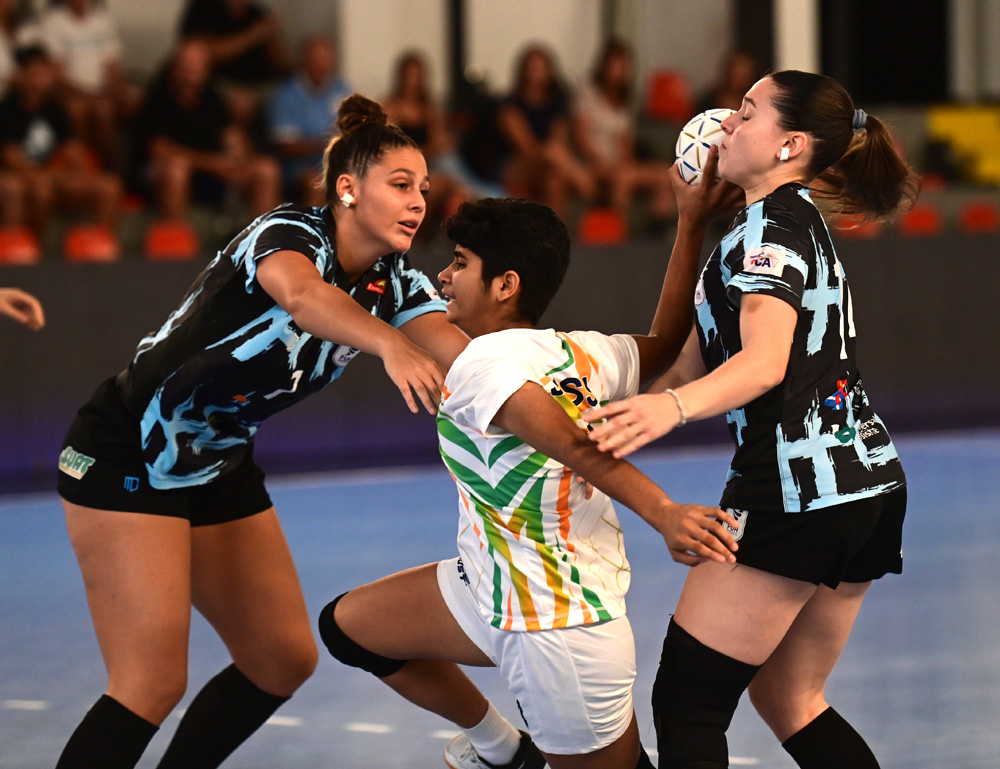 This was game were both of teams are chasing first victory in Skopje. They fight until last minute, nobody wants to play for last placement on Women’s World Championship. After big drama India won the game with 27-25, for first victory. This team will tomorrow play for 29 placements, and Uruguay for 31.

Uruguay starts very good, open with 1-4. But in the other side India, like always never give up. Very easy turn the result, take the lead after 15 minutes (5-4), and few minutes later was 7-5.

Uruguay missed a chance to lead with plus two, Jessi took advantage and equalized on 23-23, after save of Chetna, Jessi score’s new goal for 24-23.

Savina Gabriela Bergara Prieto realized shot а shot from seven meters for 24-24, but India knows how to kept a one goal positive despite mistakes. In the last minutes of the game was 26-25, India realized for big and first win Women’s World Championship. Very well deserved.

DSOUZA Cyril, from India – We are very happy, the girls played the best game of this tournament, they were fighting until the end.