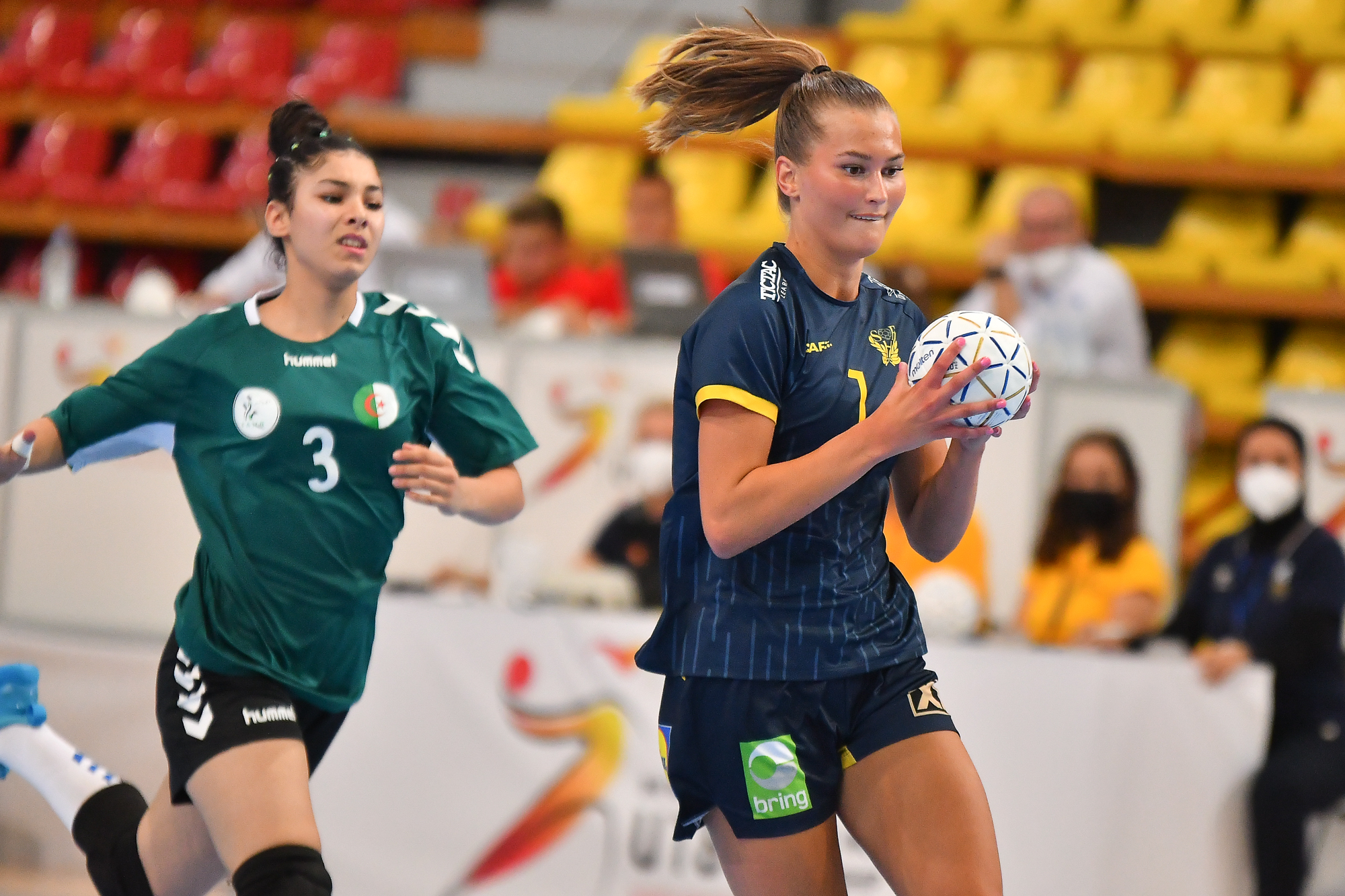 The second round of Group A in Women’s Youth (u-18) World Handball Championship 2022, start with battle between two teams who didn’t win yesterday. So, the team of Sweden reached first two points, after defeated Algeria with 54-30 (24-13) and make a little step forward to main round. Know Sweden have big hope before the last group match.

On the other side, Algeria was trying, but in these period Alia Choudani was lonely. Sweden have Stella Huselius, she scored seven goals in the first half. With good attack and defense Sweden easy reach 11 points on the brake (24-11).

Nothing changed in the second half. Sweden players with same style, fast attacks and easy goals rich 18 goals (40-22) advantage and scores 40 goals already in the middle of the second half. Plus 24 (54-30) was the biggest lead for the favorite team.

In the next round Sweden will play against Montenegro and Algeria against Iceland. These matches are on scheduled on second of August.

Player of the match was – Stella Huselius

Tomas Axner (head coach of Sweden) – We know that we are playing against Montenegro in the last round, it will be a decides match for us, for the future on this tournament. We want to gave all to go to the main round. We know that Montenegro has same goal, and so its gone be a taught game. The victory was good for us, for our confidence.

Yamma Chaoudani (head coach of Algeria) – Congratulations to Sweden for the win, we made a lot of technical mistakes. That made the difference of the match.