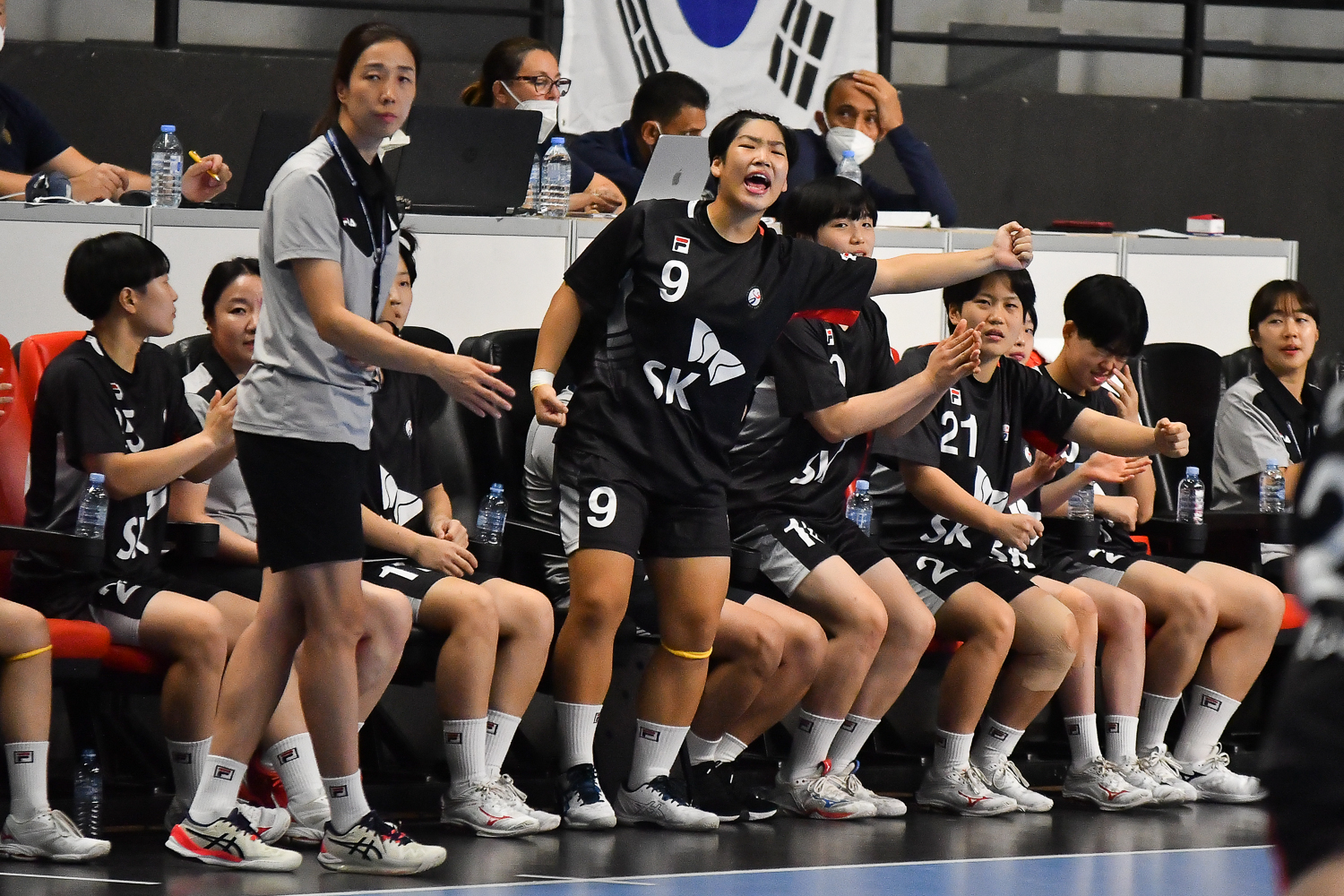 Korea beat Slovakia (30-34) in the last game of the first round in Group F at the IHF Women’s Youth (18) World Championship at Skopje and advances as a leader to the next phase. Three wins in three games are the balance of Koreans who played three powerful matches in the capital city.

In the second half, Korea needed only two minutes to reach the highest plus four (15-19). The biggest lead of the game for Korea was 24-31 in the 52nd minutes of game. The match ended with the final result of 30:34.

STATEMENTS:
Robert Popluhar, the head coach of Slovakia:
We are good in defense and offense. We have to play slowly. We are satisfied with a player for our girls.

Jin Soon Kim, the head coach of Korea:
We want to try our best play in this game. We have some nervous players in first half, but evrything was better in second. I hope so all the best in main round.