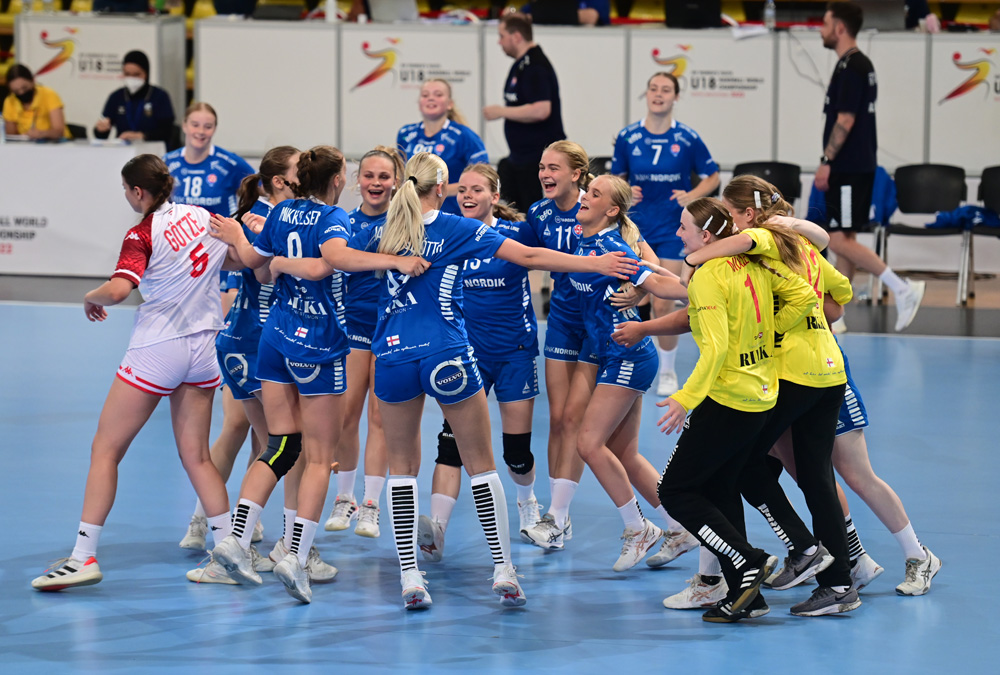 Faroe Islands got their first win at the IHF Women’s Youth (18) World Championship at Skopje, defeating Austria (22-31), and finished third-placed in the Group C. Faroese had a great second half, where they punished every mistake of the opponent, plus, the goalkeeper Silja Muller Arngrimsdottir had her day, making a two-digit saves.

The match in „Boris Trajkovski“ Arena in which both teams fought for their first win at WC U18 at Skopje started great for the Austrians. Thanks to the goalkeeper Nina Tilliacher (made three saves in three minutes), Austria lead by Viktoria Marksteiner in the attack got to a three-goals lead (3-0). But, then, on the opposite side, it was the goalkeeper Silja Arngrimsdottir that exploded with three saves, and the Faroese got the game underway (4-3). In the middle of the first half, it was 6-5, then 9-9, and for the first time, thanks to Joensen who scored two times and Hedinsgotir, Faroe Islands were leading with more than one goal in the match (9-12). Even though Austrians managed to equal the result because of a few turnovers that Faroese made (12-12), it was Faroe Islands that had a plus of three goals at the break (12-15).

It was start of the second half that was decising about the match. Faroe Islands were way better than Austria and scored of every opportunity. Austrians made three turnovers in the first ten minutes of the second half and also the goalkeeper Silja Arngrimsdottir stand against them with two new saves for Faroe Islands. Biggest lead of the Faroese on this match was ten goals (20-30).

Simona Spiridon (head coach, Austria): „We started very good, but we took our tempo down. It was bad for us, surely. We made a lot of mistakes and that was our main problem“

Christoffur Gert Nielsen (assistant coach, Faroe Islands): „Our goalkeepers were very good today, also, the defense helped us a lot. We were very disciplined in the attack and we are very happy for our first victory in the tournament. The handball in the Faroe Islands is going higher and this was a real display of that“