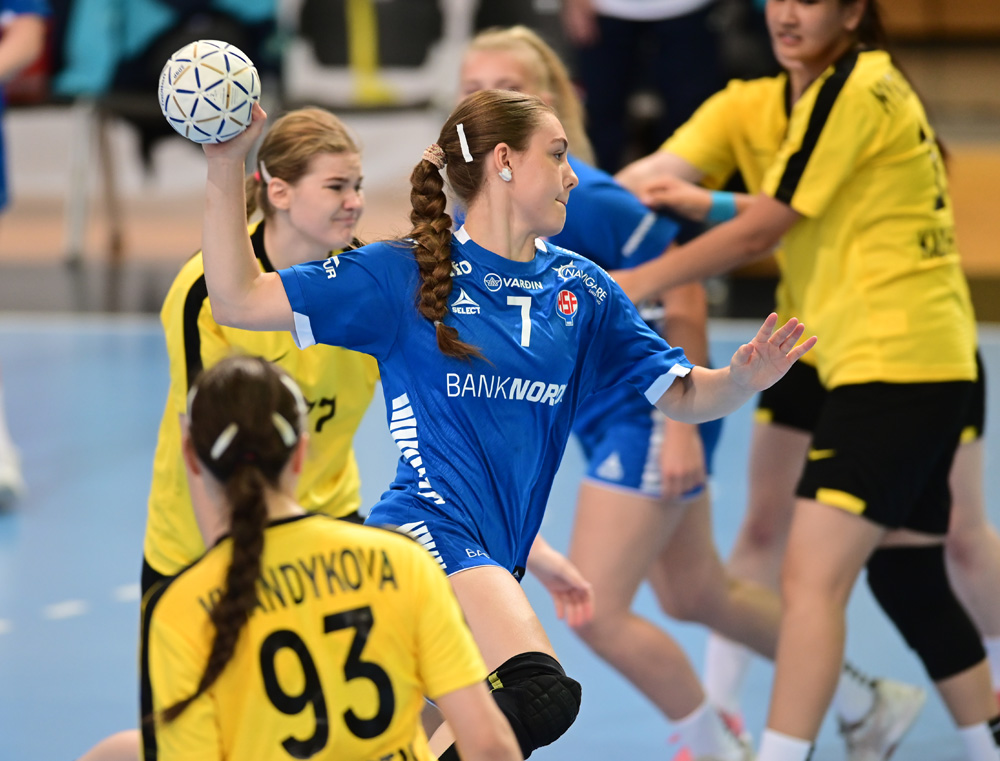 Faroe Islands won a match against Kazakhstan and with all three victories finished on top of group “2”.

The Match was equal for ten minutes, and after 5-4, Faroe Island pushed hard and with four goals in a row reached a comfortable zone and a  9-4 lead after 17 minutes of the match

.Zhaneke Kuandukova played a big role in the first half for Kazakhstan and scored half of the 12 goals for the Kazakhstan team but that was not enough and Faroe Island had a 17-12 lead at the half time. For 25 minutes in the second half nothing significant happened and in the last five minutes Faroe once again scored four goals in a row and reached nine goal victory.

Simon Olsen (Faroe Island) – We were better at the beginning  of the match and that was the basis for everything that followed. We played good defense but we missed many clera shots in attack. Underlined it was a good match for us and we are satisfied with the outcome.