Egypt is in the quarterfinals after the victory over Portugal 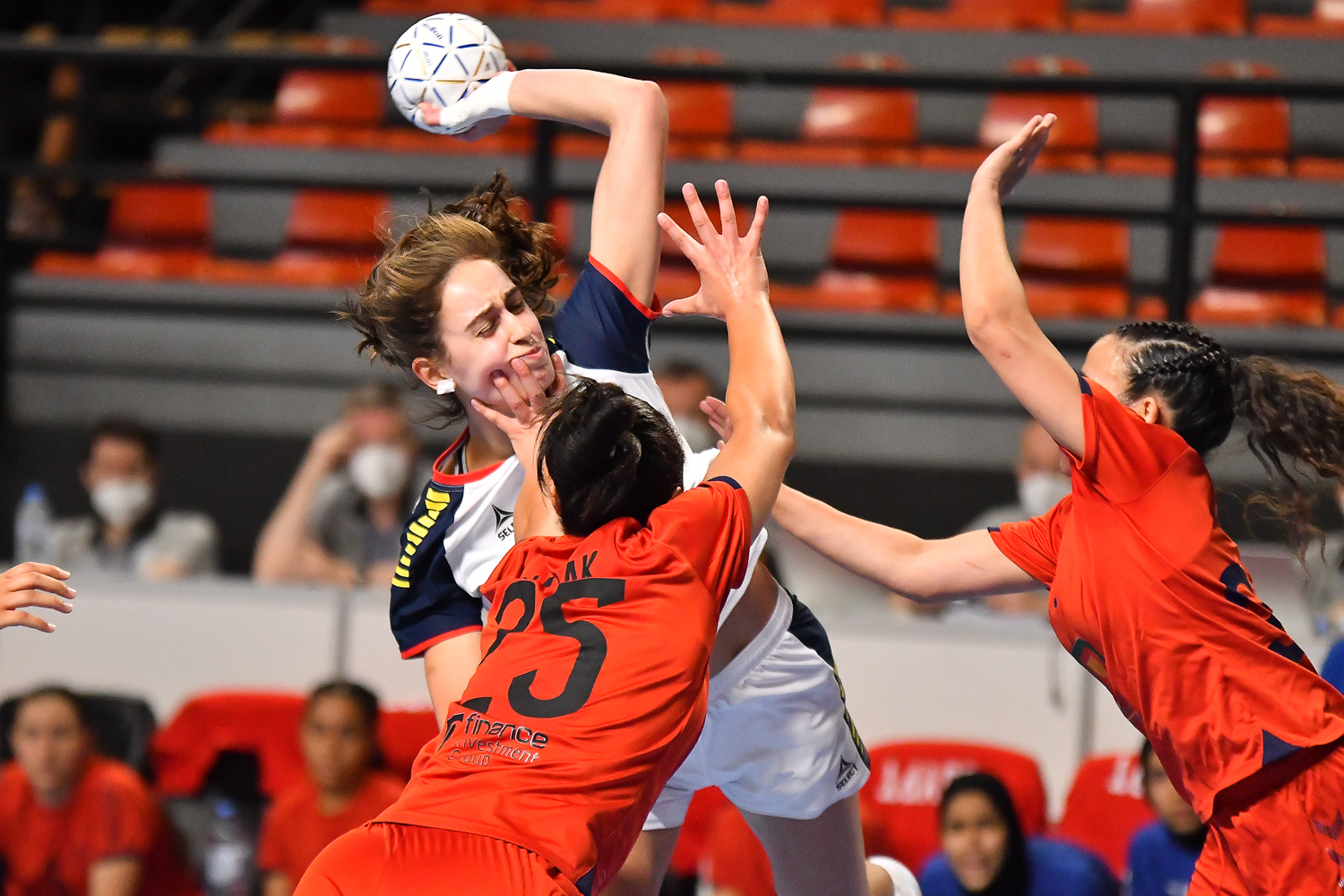 Both teams played great defense in the first 30 minutes of the match, very well closing all the gaps in the zone. Egypt started a bit better, taking an early 3-1 lead, but Portugal answered with three goals in a row, with Rebelo scoring for first Portuguese lead (3-4). Egyptians started playing better, and turned the result around, leading 8-5 before the Portuguese coach Santos called his first timeout of the match. The Portuguese team scored three goals in a row and came straight back into this match, as both teams played quality defense until the end of the half, going into the break with a 11-11 score.

Lojin Osama Abdala, who was best Egyptian player in this match, suffered a nose injury in the first half, but continued playing also in the second 30 minutes, scoring a beautiful goal for a 14-13 lead of her team. The African team played much better in the opening of the second half, creating a big 18-14 lead, thanks to some great saves from goalkeeper Gihad.

Portuguese showed character and didn’t surrender, fighting back and cutting the lead of the opponent to two goals (20-18), as the Egyptian coach called his first timeout in the second half. Goalkeeper Rosa played great on the Portuguese goal, helping her team to come as close as 20-19. Portugal had an attack to try and equalize, but made a mistake, as Egypt knew how to punish the opponent, regained control in the last three minutes and won this match with 24-22, for a secure place in the quarterfinal of this world championship.

Mohamed Ahmed Farghaly (Coach of Egypt): I don’t have enough words to praise these girls, who are writing history. We played a match against a great Portugal team and managed to win, I am very, very proud of what we have achieved.

Luis Santos (Coach of Portugal): This match was like a final for us. Unfortunately we couldn’t win, we had our chances, we came back, but we missed some shots when it was the most important. That is what decided this match.