Easy win for the Macedonians against Senegal 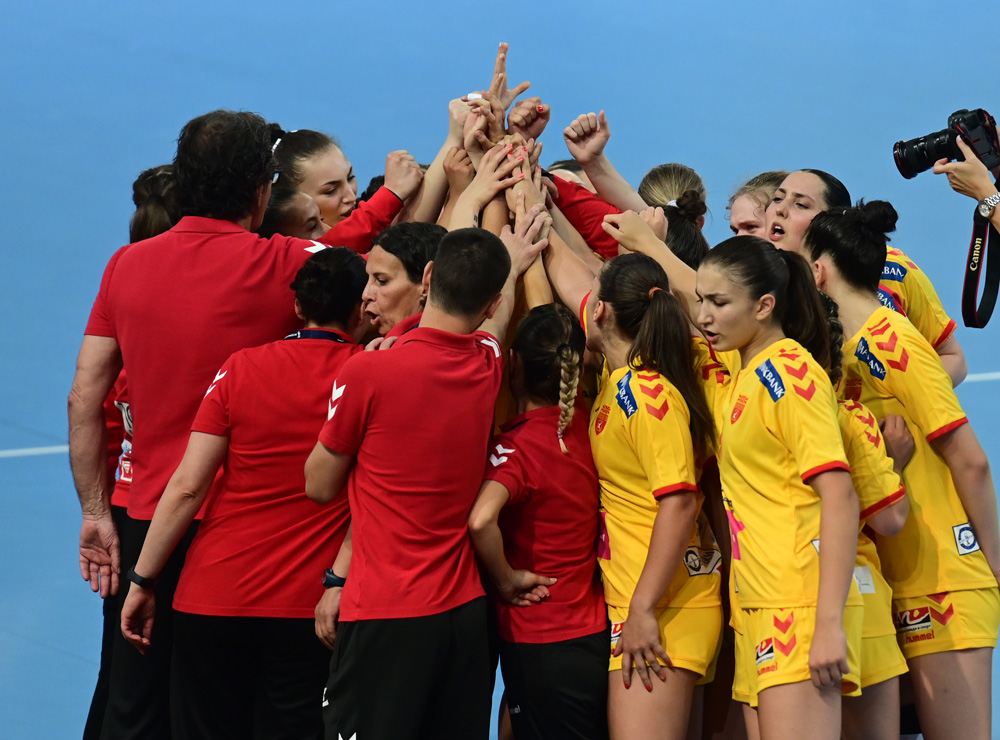 North Macedonia started the IHF World Championship in Skopje with an easy win against Senegal with 32-13 in the first round of Group B.

This match started an hour late because the African team arrived late in the Macedonian capital. The host nation showed early that the points won’t be an issue In this match. The Macedonians lead from the start and just after 20 minutes, it was 14-4 after a 7-0 run. The first half ended with 17-7.

Nothing changed in the second 30 minutes and the Macedonians just kept scoring. Senegal reached double digits in the 48 minute of the game when the score was 26-10.

The biggest lead of the game for the hosts was 31-12 in the final minutes of the game. The match ended with the final result 32-13.

Borjana Koceva was the Player of the match.

Ljubomir Savevski – head coach of North Macedonia – „Every start of a big tournament is always difficult and the girls were very excited. There were some mistakes but it’s the first game and we will be better. I’m happy about the win. Next, we have a lot better opponent and in the third round, there’s Iran. So we need to gradually be better and better“.

Faal Serigne – Head coach of Senegal – „It was a very difficult match for us. We were very tired because we arrived very late and we came here to the arena directly from that airport. But we are just happy to be here and play handball“.