Easy win for Switzerland, as Uzbekistan struggle for 15 minutes to score the first goal 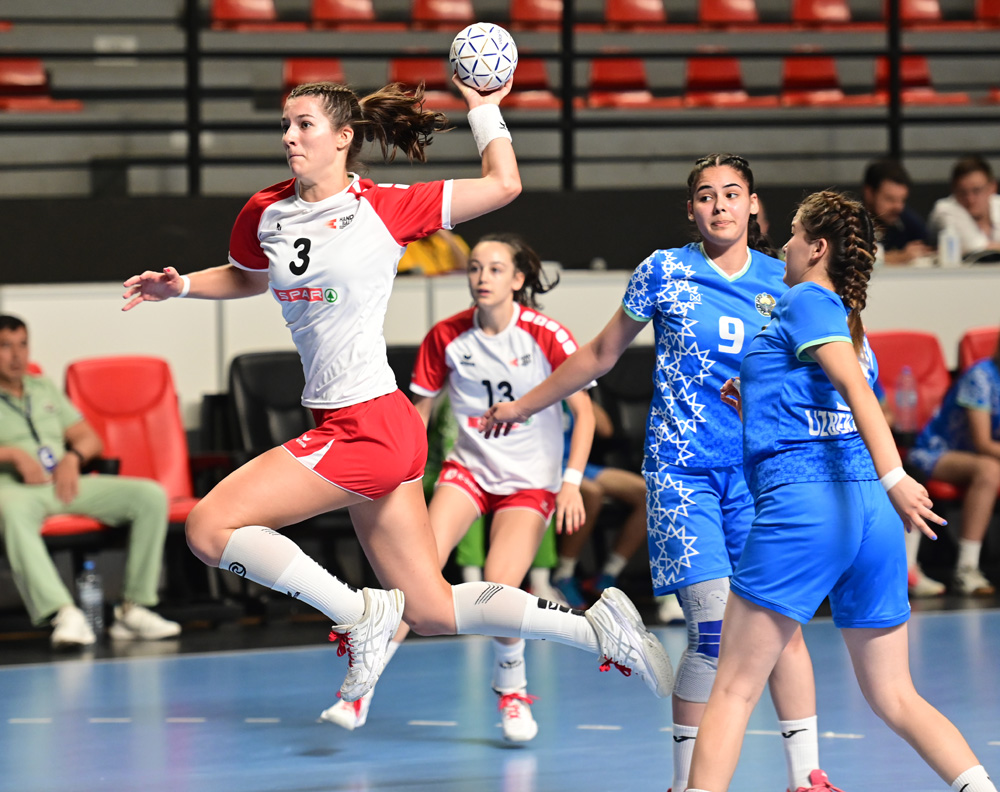 ***Player of the match – Emma Bachtinger from Switzerland***

Both teams started nervously in the attack, with the Swiss scoring the first goal in the match, Bachtiger the scorer in the end of the third minute. The Switzerland team played much better after this goal, while Uzbekistan had many problems in attack. The problems became even bigger in the ninth minute of the match, when Shamieva suffered an ankle injury and had to leave the field.

The strong Swiss defense didn’t allow Uzbekistan to score a single goal in the first ten minutes of the match (5-0). After going 12 minutes without a goal and losing 7-0, the Uzbekistan coach finally called the first timeout of the match. Uzbekistan even got a penalty in the 15. minute that this team missed, managing to score the first goal one minute later when Marimboeva found the way to the net from the wing position (10-1). The dominance of the Switzerland team continued as the “red and whites” scored their 20. goal of the match in the 27. minute (20-7 lead), before going into halftime with great advantage of 23-8.

The great game of the Swiss continued also at the beginning of the second half, as the built an even bigger lead (28-10, 35. minute). It was the 40. minute of the match when Switzerland got to a 20 goal lead (32-12). The Swiss coach rotated the entire squad, with thirteen different players getting on the scoresheet for the winning team, to a final result 43-23.

Jurgen Fleischmann (Coach Switzerland): This was a big victory, we started the match very well, played great defense in the entire 60 minutes. For me, the most important thing is that we didn’t lose focus and played very well from the beginning until the end.