Dramatic win for Hungary against Spain 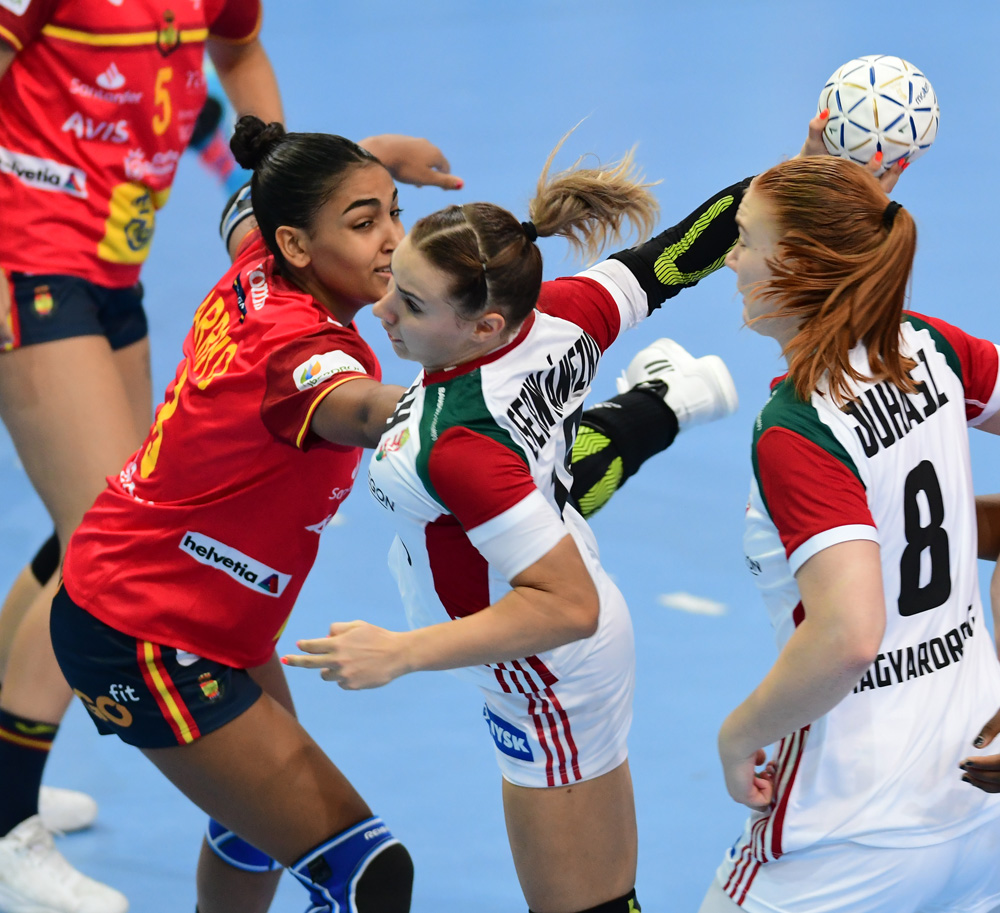 In last game of second round of Group H Hungary defeated Spain with 26-28 (17-13) at the IHF’s World Championship U18 in Skopje and confirmed the ticket for main round. With win of Hungary, ticket for next round provide also France.

The good play in the second half (9-15) brings big joy to Hungary. Petra Simon with 11 goals was unstoppable.

After defeat of France, Spain had no choice tonight, victory was the only option. Spain had the victory in their hands, but it didn’t work out. So, open the match very strong and with big confidence. With good defense and discipline advantage 11-5 in the middle of first half. Before these, Spain lead with 5-1 and 6-2. It was surprising, because everybody expecting big drama at the start. Hungary is trying to find way to back, step by step, reduce opponent’s lead (14-12, 15-13). But, Spain after 30 minutes has plus four (17-13).

At the start of second half Spain lead with 19-14, but felt. On the other side Hungary with despite red cart, strong attack makes run 1-7 and reached first lead (20-21) on the match.

Tempo has changed and drama started. Hungary for the first time in the game has advantage of two goals (23-25). Spain with two fast goals came on 26-26, goalkeeper Minguez holds her team. Petra Simon from Hungary with 11 goals get closer her team to main round. Spain didn’t take chances, opponent penalties for big win.

In the last round of group stage, Spain will have to face with Argentina, and Hungary will play against France.

– We are very happy about win and main round. In the first half they (Spain) scored 17 goals, but after the break Spain have nine goals. That was the important and main difference. We got a lot of opportunities, but we couldn’t score a lot of them.