Denmark booked their place in the semis 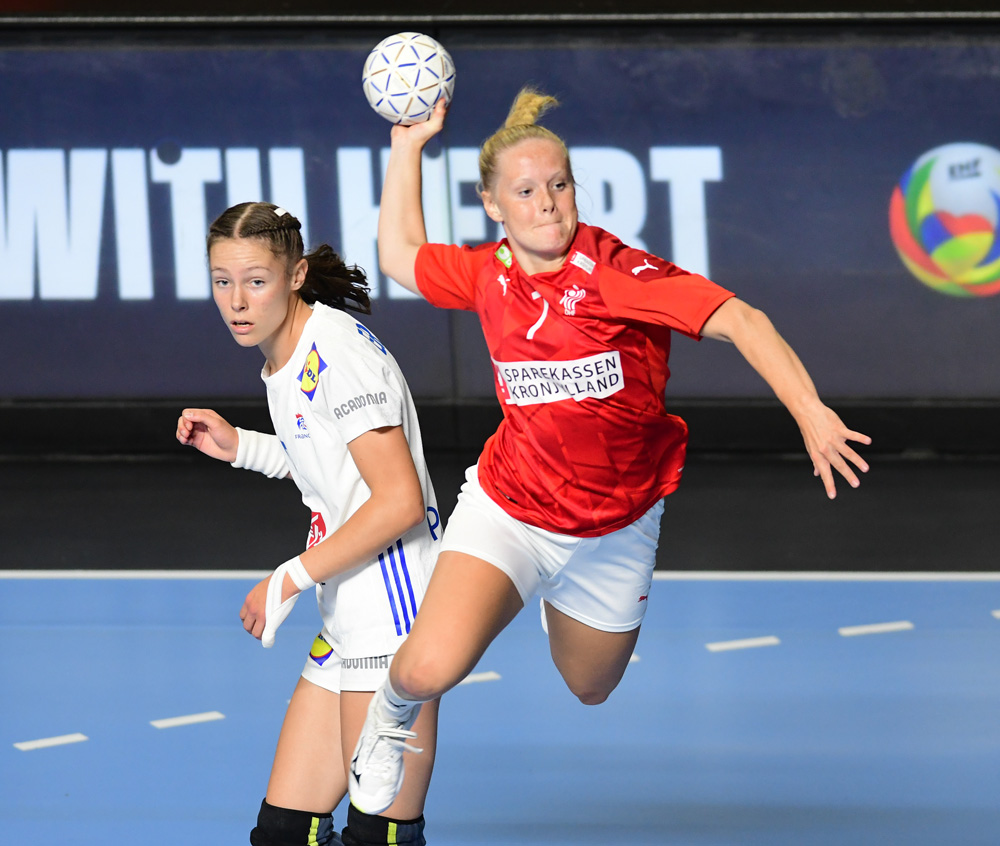 Denmark won against France 32-26 to qualify for the semi-finals at the IHF’s World Championship U18 in Skopje. In the semis, they will play against the Netherlands.

It was an even game in the opening minutes when both defenses were on top. Denmark made the first bigger step and after 20 minutes they had a lead of 9-6. The French tried to close the gap until the final whistle of the first half but they missed a lot of shots even after Wanda made a couple of great saves at the goal. Vestergaard was clinical for Denmark in the first half with four goals from four attempts from the left wing. The Scandinavian team managed to hold their lead at the break with 13-10.

Nothing changed in the second half, Denmark continued to play great handball and quickly were six goals ahead 19-13. France responded with a 3-0 run, but the Danish girls didn’t let their lead slip away. After 50 minutes of play, it was 26-19. Kaysen had a couple of great saves for Denmark and that canceled all French hopes that they can make a come-back. It was a routine display for the girls in red jerseys until the end for a comfortable win 32-26.

Julie Mathiesen Scaglione from Denmark was voted Player of the match.

Flemming Dam Larsen (Denmark head coach) – „I think that we had control over the game but still France is a very good team and they played great throughout the whole match. We managed to keep them behind especially in defense. We were very good in defense and that helped us a lot because France also plays great defense. We were good from the wings compared with other teams who had problems with France’s goalkeepers. I think that we played great from all positions on the court. The dream is the gold medal but first, we must win the semis and then reach the finals“.

Olivier De Lafuente (France head coach) – „Difficult loss and it’s very hard, but Denmark is a great team. Sometimes we need to learn to lose. Today was a lesson for us. We couldn’t stop their attack and probably this was the key. We also missed a lot of shots from open positions. The girls did their best. Denmark was very efficient but our defense maybe wasn’t the best today and we opened too many spaces for them from the wings. In the end, I have to say one more time, difficult loss“.