Denmark advances to the quarter-finals as a leader 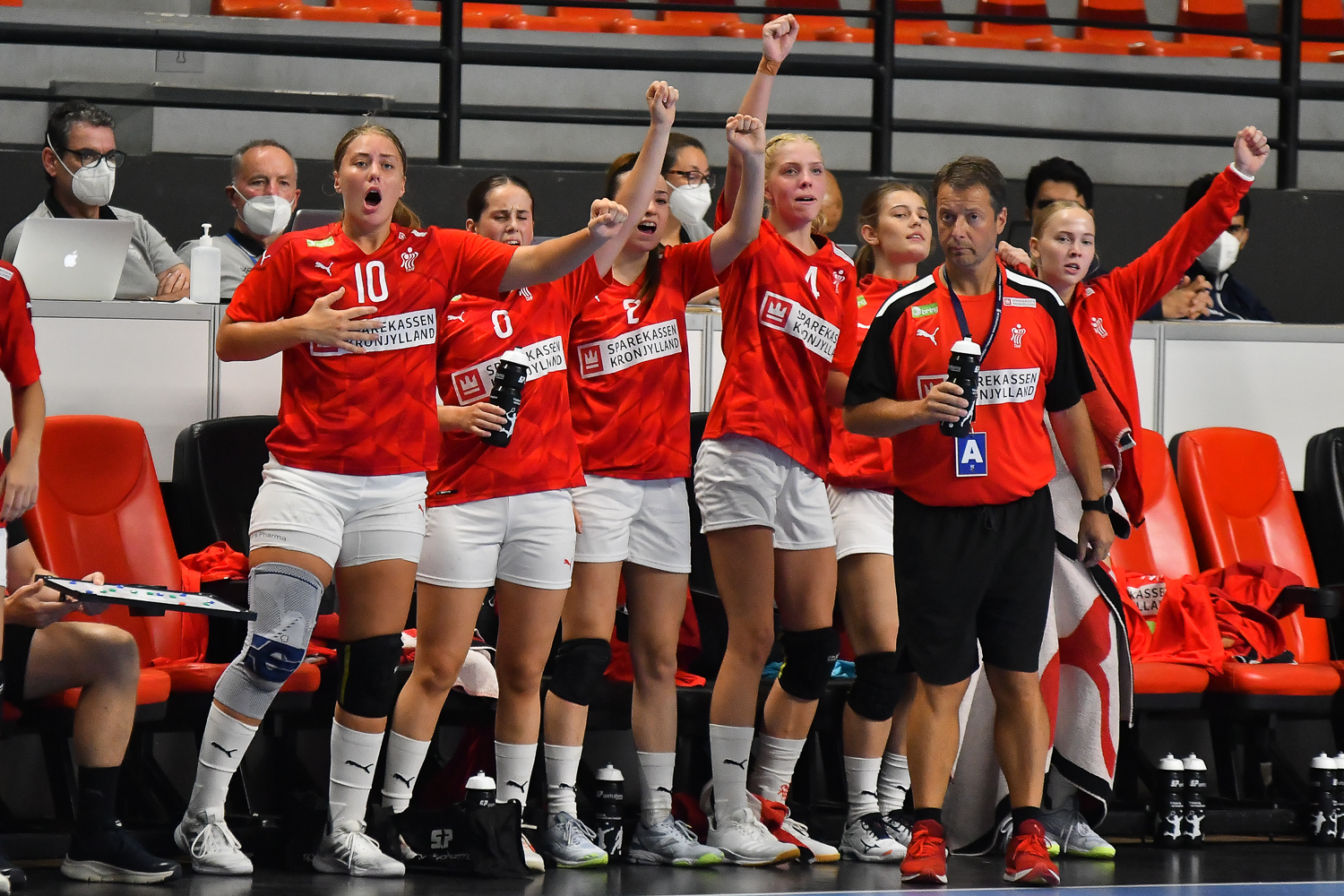 Denmark beat Egypt (32-27) in the last game of Group 2 in the main phase at the IHF Women’s Youth (18) World Championship at Skopje and advances as a leader to the quarterfinals.

The match started with a tie, and the first big difference was made by the Danish national team, which in the sixth minute reached plus three (5-2). This lead was a wake-up call for Egypt’s coach who decided to call his first time out. The time-out of the Egyptian women was in vain because Denmark continued to trample its opponent and already in the seventh minute it was plus five (7-2). After the initial shock, Egypt finally played better and in the 12th minute managed to reduce the deficit to only minus one (7-6), which was followed by the first time-out for Denmark. Another mistake by the Danes followed, after which Egypt equalized in the 13th minute (7-7). Until the end of the first half, the game remained equal, so at the break, it was tied (15-15).

As the first part ended, the second part began. The great battle on both sides continued, and after 40 minutes of play, the score on the scoreboard was (19-19). A big drop by Egypt followed in the middle of the second half, which the Danes took advantage of in a great way in the 47th minute to reach plus four 26-22. Another goal by the amazing SCAGLIONE followed, with which Denmark again reached the highest plus five 27-22 in the 49th minute. In the end, LARSEN’s team only managed to bring the match to the final 32-27.

WHC U18 STAR OF THE MATCH: Julie Mathiesen Scaglione (Denmark)

Tough match Egypt is a very good opponent. It was a stressful match and I’m happy that we managed to win in the end. We played great in the second half and we are happy to be in the quarterfinals. Now we are waiting to see who will be our opponent in the quarterfinals.