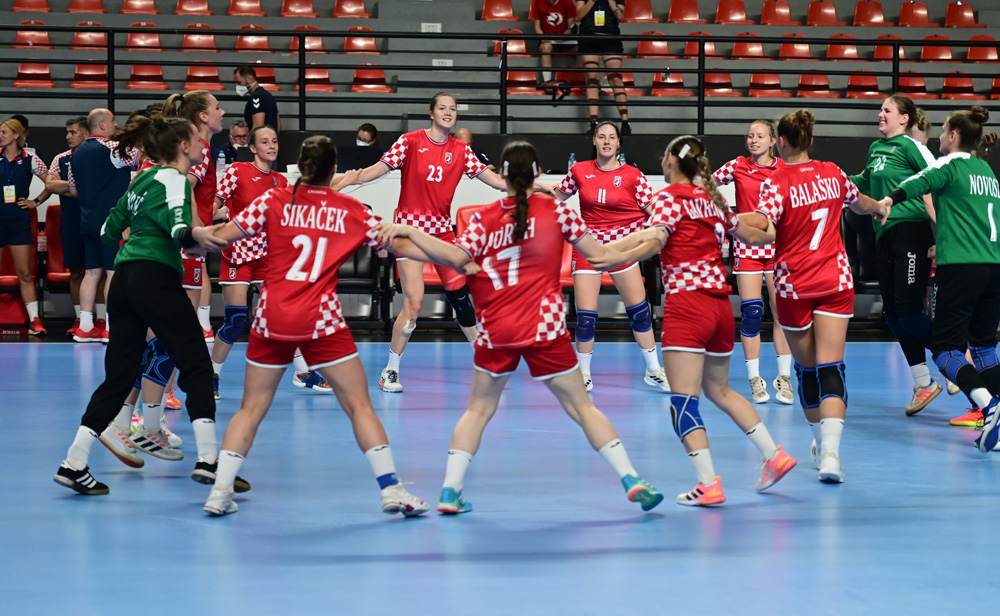 After a bitter defeat in the first round against Egypt, Croatian players today were dominant in the match against India and reached a comfortable win.
This was the first match for India since they failed to arrive on time in Skopje for the match against Kazakhstan.

Physically superior players from Croatia had a strong start and a 6-1 lead after five minutes. But India fought back and even managed to score 21 goals during the first half.
Despite seven goal minus at the end of the first period (21-28) they should be satisfied with their performance.
The Second half, however, was something different as Croatia shortly after the match continued rise up the difference and after a few minutes they were on +10 goals and controlled the match until the end.
We didn’t see much of the defense strategy in this match but on the other hand we saw 90 goals scored.
Lara Peric from Croatia was Player of the match

Nenad Smiljanec (Croatia head Coach) – Once again we played a match with no defense. The girls however had a chance to run a lot and well be improved for the more important matches.
I would like underline and to apologize to the Egypt team about yesterday’s misunderstanding. We had different instructions about the after match protocol. We didn’t see the update in the protocol because we were preparing for the match. So we were unaware and acted by different instructions.
I would like to apologize again and to congratulate them for a deserved victory.

Priyadeep Singh (India Head Coach) – This is the first time that a youth team from India participated in the World Championship and it’s a big thing for us. We we tired we arrived late but I am satisfied we played well in this match,