Croatia is 11th at the WC U18, Macedonians stayed one step back 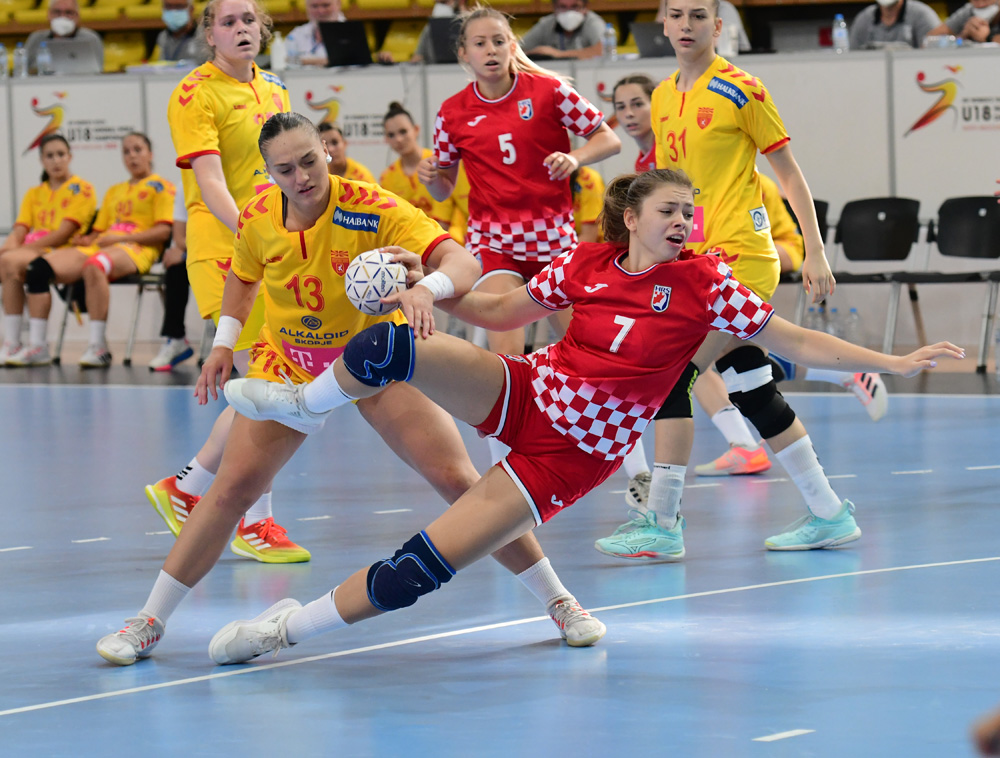 Croatia won against N. Macedonia at Skopje (28-32) and got the spot to the 11th place, and left hosts on the 12th place.

Lead by Dukoska and Zagar, Macedonians and Croatians got the game underway goal by goal. Dukoska scored four out of six for Macedonia, and Zagar three out of six goals for Croatia (6-6). Then, Croatians started to break the ice in front of Macedonian goal where was Marija Jovanovska, got up to 6-8, and then, it was 7-10. In the next few minutes the host had a lot of turnovers, and Croatia thanks to the great counterattack plans went up to 8-16. At the half-time it was 10-20 for the Croatians.

Start of the second half did not bring anything new, even though the Macedonian coach Ljubomir Savevski decided to rotate and gave chance to a few handballers from the bench. Croatia kept the high gap from the rival (16-25) in the first ten minutes of the second part of the game, and Macedonia kept chasing. Fifteen minutes before the end, host team started to play way more better, used every single opportunity and bounced back to minus of three goals (23-26), but new-made mistakes in the offence part gave Croatians easy goals to get higher lead back (23-29). It was also the goalkeeper Iva Mrakovic that made the difference, with three saves in a row.

Ljubomir Savevski (head coach, N. Macedonia): „Croatia was better than yesterday. We did not play good defense at the first half, but at the second half we woke up from that and with good efficiency we got back into the game. From -12, we got to -3, it could have also been -2, and that’s the game that pleases me. If we see the second half, it’s a prove that we can go further and go up with these players“

Nenad Smiljanec (head coach, Croatia): „My team entereted in the match very good. But in the second half there was a little bit of difference between us, maybe because of tiredness, or that I rotated. But, I am glad that we won, I am happy for the win and I want to congratulate my team. Also, congratulations to the Macedonians as hosts“