Big win for Republic of Korea 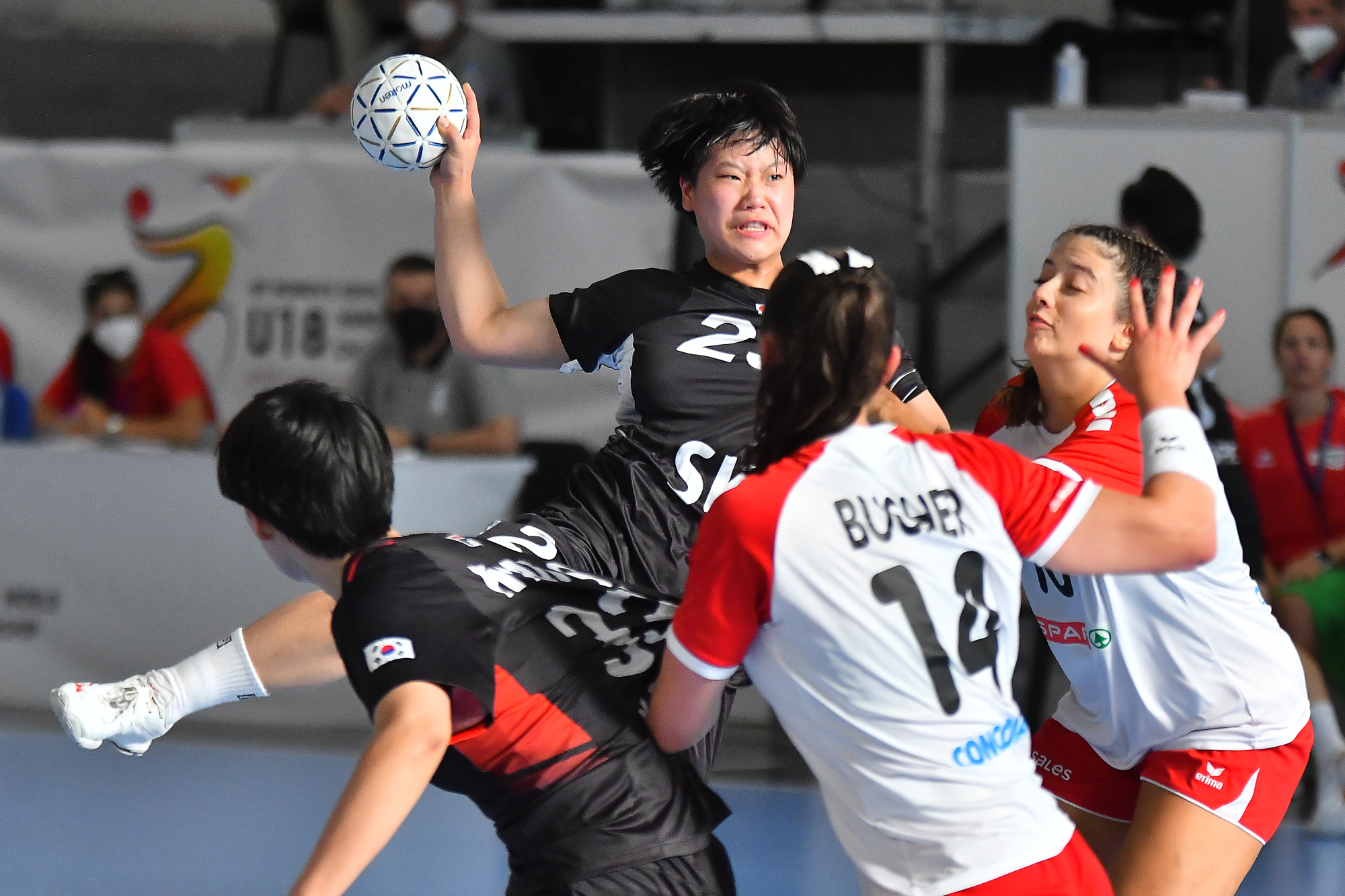 In the first match of Group F in Women’s Youth (u-18) World Handball Championship 2022 that start today in Skopje, Republic of Korea defeated Switzerland with 28-32 (13-15).

Republic of Korea open the game (0-1), but in the other side Switzerland with two goals in row took the lead, it was 4-2 after nine minutes. Booth teams make a lot of technical mistakes, Coker earned two minutes suspension and the players of Republic of Korea start to play very good in defense, they make run (1-4) and lead again (5-6).

Clarie Hartz, the goalkeeper of Switzerland catches few shoots and her team back on the game (6-6), the both teams were playing goal by goal. Switzerland after 21 minutes lead with 11-9, but Republic of Korea find way to back in the track. Kim also was good on the goal, the attack was good, and Republic of Korea after 30 minutes have plus two (13-15).

In first seven minutes in the second half, Republic of Korea have very good start, with superb attack lead with 15-19. The goalkeeper Claire was traying to hold her team. Finally, Switzerland come on one goal negative (21-22), but in the other side Kim Mineso always finds the way to raise the team. Republic Korea took the chance, in the last seven minutes was leading with five goals (25-30, 26-31), Seojin and Minseo were unstoppable. These positive was enough for first win.

Republic of Korea in the next round will play against Germany and Switzerland with Slovakia.

Player of the match was Kim Minseo, she scored 12 goals.

KIM EUNJUNG (Head Coach of Republic of Korea) – These was our first match, the players didn’t have international experience. I was worried about that. But they played very well, and we are very happy.

JURGEN FLEISCHMANN (Head Coach of Switzerland) – The defense was not very good, we were not focused. We are disappointed, but we will try to win the next match.