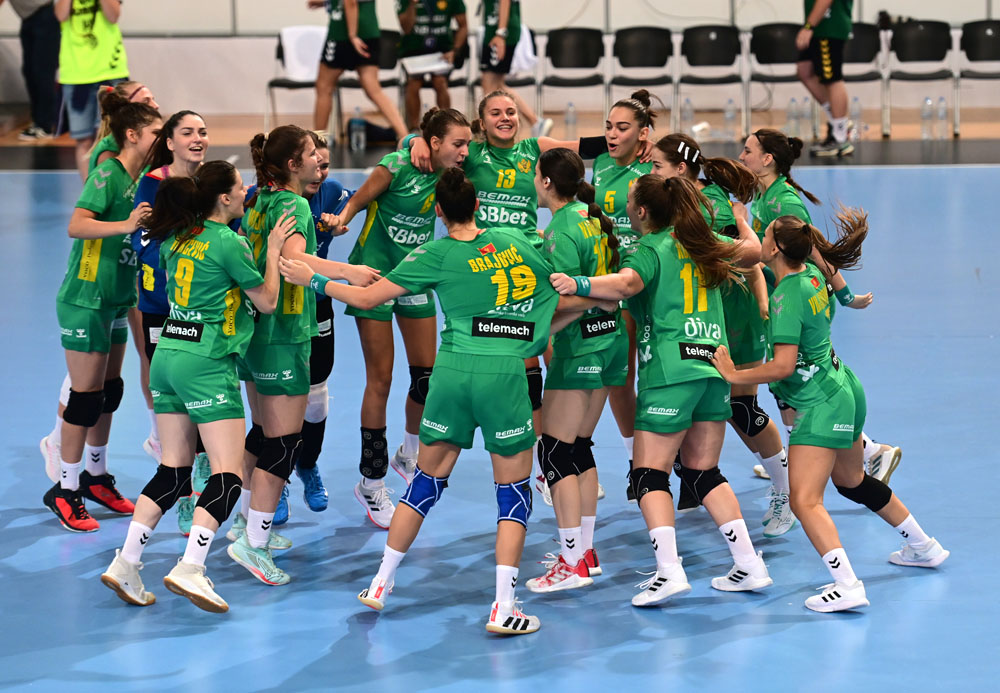 Montenegro and Algeria had the honor to be the first teams to play in “Boris Trajkovski Arena” in the Women’s Youth World Championship in Skopje.
Montenegro had a great start. They played top defense combined with deadly counter attacks and after only nine minutes had a decisive 8-0 lead. It took nine minutes for the Algeria team to score the first goal and after that a kind of balance was reached.

After 30 minutes Montenegro had a comfortable 20-7, and nothing significantly changed in the second half. After 45 minutes Montenegro was 16 goals ahead (29-13) and without many troubles bringed match to the end and gained well deserved points.

Lana Pavicevic was awarded with a Player of the match award.

Maja Savic (Head Coach Montenegro): We didn’t have too much information about Algeria. But we respect every opponent and we were very careful. We watched some matches of Algeria and they played at a high level. So we prepared ourselves, we had in mind that the first match is always difficult and to be honest we expected bigger resistance. However this is already behind us and we are turning toa a net match against Iceland.

Nadia Benzine (Head Coach Algeria) First matches are always hard to play. We didn’t have many chances to play together, we had only two control matches before the championship. And our domestic league is not on a high level so when everything is combined with a strong team such as Montenegro…