Another great match and victory for Portugal 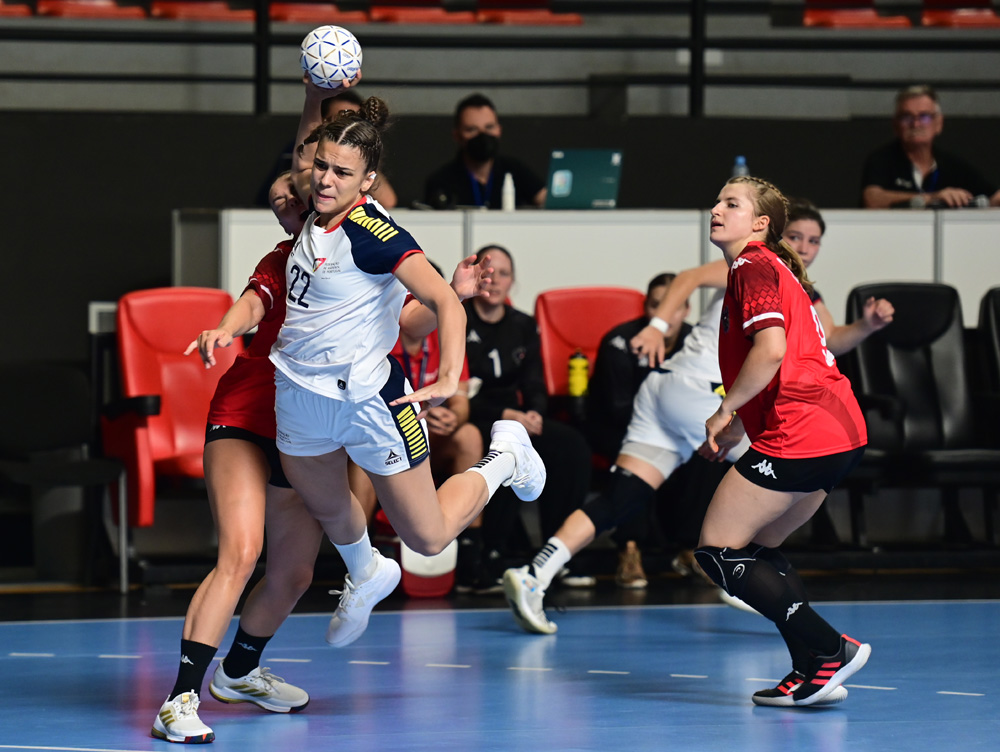 Portugal dictated the tempo in the beginning of the match, claiming the first two goal lead in the 9. minute, when Sequeira scored her penalty (5-3). Austrian managed to find a way past the goalkeeper Rosa for a short period of time, equaling the score to 6-6. At this result, Baljak missed a great chance for an Austrian lead from counter-attack. Rosa saved her shot, giving strength to the Portuguese players to start playing much better. Austrian coach Spiridon had to take a timeout when her team went three goals down (10-7), but the problems in the attack for her team continued as Portugal got to the biggest lead of the match, 11-7. Only the great saves from the goalkeeper Nina Tiliacher helped to keep Austria within reach, the attack finally worked out at the end of the half, cutting the opponent’s lead to just two goals (13-11).

The first five minutes of the second half with both teams playing below their full potential, with the Portuguese lead moving between one and two goals. When Semedo was suspended for Portugal, it was a chance for Austria to get back into this match, but the Austrian played poorly in these two minutes, allowing their opponents to score two goals and build another four goal lead (19-15).Coach Spiridon had to call timeout, but the Austrians had problems as Portugal continued to dominate and control the result, so the Austrians called their final timeout of the match with 15 minutes to go, losing 23-18.

All the chances for a comeback disappeared after Portugal scored three more goals after the final timeout, building a big 26-18 lead on their way towards the victory. Four goals was as close as the Austrians got, Portugal remained calm in the last minutes, winning this match with a fulltime result of 33-27.

Luis Santos (Coach of Portugal): It was a great match and a big victory, with which we secured our place in the Main round. My players are young and they were a but nervous, my advice was to stay calm and patient because the quality was on our side. The great defense in the second half was the key for this win.