Algeria wins the African derby in the Presidents cup 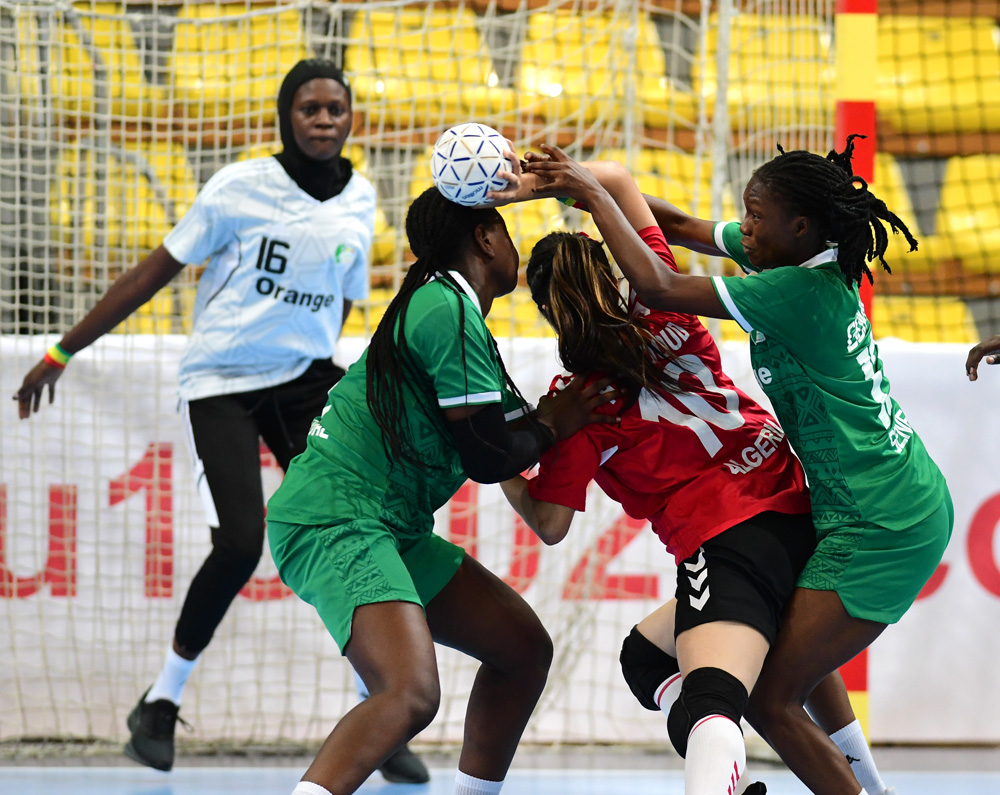 Algeria started the President’s Cup Group 1 with a win 37-31 over Senegal at the IHF’s World Championship U18 in Skopje.

Senegal was the better team in the opening minutes mostly because of the great firepower of Sira Kebe. But after 25 minutes of play, Algeria took the lead with 11-10. Goalkeeper Oumenia Meriem Salah made five great saves and Algeria led at the break 13-12.

In the second half, Senegal didn’t have the energy to fight back. Algeria made a 4-0 run at the beginning and didn’t look back. The girls in red jerseys started to increase their lead minute by minute and their biggest lead was +9 goals with 20-29.

It was just a routine game for Algeria until the final whistle but Senegal managed to cut down the deficit to 37-31 at the end of the game.

Goalkeeper Oumenia Meriem Salah was voted Player of the match.

Ines Aissa with seven goals was the best scorer on the Algeria team, Douae Sahraoui scored six, Lyna Yelles had five, but the star of the game was goalkeeper Salah.

Nadia Benzine (Algeria head coach) – „I want to say big bravo to my girls, they overcame their blockage and they gave their best today. We want to get the best possible ranking at this World Championships“.

Cherif Tall (Senegal head coach) – „This is not a good day for Senegal. Congratulations to Algeria and for us tomorrow is another day to be better“.