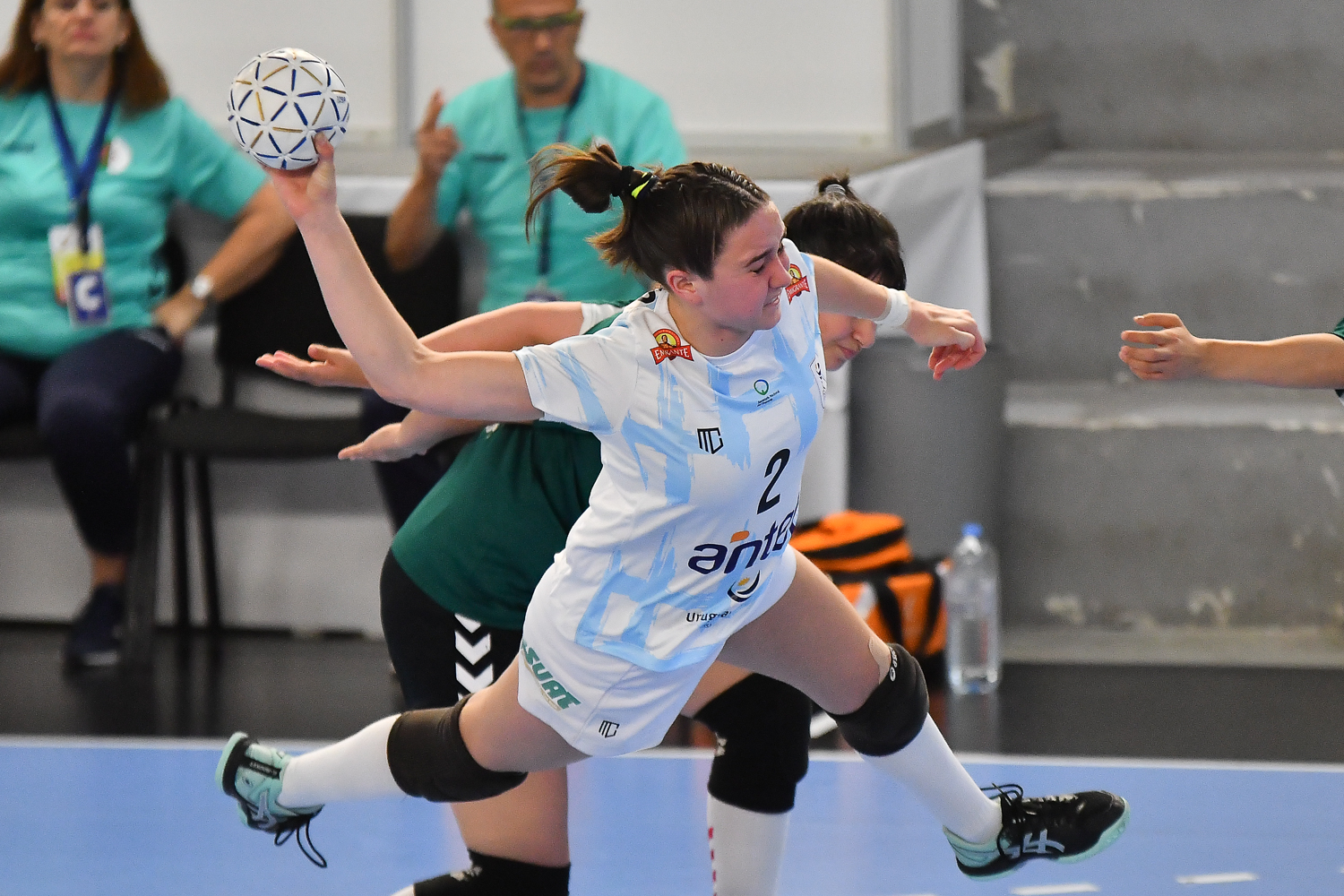 ***Player of the match – Martina Pilar Marquez from Uruguay***

Algeria was the better team at the beginning of this match, taking an early 3-1 lead after three minutes of play. Uruguay came back and equalized 6-6, but Algerians started a new goal-streak and quickly got to a big 12-8 lead. The Uruguay coach decided to call a timeout, but it wasn’t until the second timeout of the match that the tempo and the result began to change. It was 13-10 for Algeria the second timeout was called, but Uruguay scored three fast goals in less than two minutes, equaling the score. Heilmann scored a goal for a 13-14 lead for Uruguay, as the South-American side went into halftime with one goal lead (14-15).

The great finish of the first half gave the Uruguay players confidence at the start of the second period, as the “blue and whites” got to a three goal lead (16-19). Algeria managed to get back in the game, cutting the opponent’s lead to just one goal (19-20), for a new timeout called by the Uruguay’s coach. Algerian defense was much better, goalkeeper Salah made some great saves, as the African side equalized (21-21) and then quickly took a 23-21 lead with a counter-attack goal.

Lopez stopped the Algerian goal-streak, but Uruguay had many troubles in attack, allowing the opponent to take a three goal lead (25-22). The players from Uruguay didn’t give up, getting to a one goal difference (26-25) with four minutes to go. Algerian coach called a timeout, but Uruguay was the team that played better in the end, scoring four goals and winning this match 26-29. This was Uruguay’s first win in Skopje, while Algeria will take the last place in this World Championship.

Nadia Benzine (Coach of Algeria): We are disappointed because we really wanted to win this match. We started well, controlled the game, but at the end we didn’t play as well as we should.

Rodrigo Manuel Olalde Fernandez (Coach of Uruguay): We are really happy, we knew how Algeria play and we hoped that we would get a chance for a first victory. At the end we got the chance and we took advantage of it, we are very happy with this win.